Part One: The History of King’s Vs. Round Tables

DesignWorks’ Lesson of the day:  A King’s table is a long rectangular table and a Round table is…  Well, how to do we put it… Round!

Deciding on which kind of table you prefer at your event is an age old controversy dating back to the late 5th century in Chamelot.  It all began with King Arthur, whose table was large and round.  King Arthur grew weary of shouting to his knights directly across from him, so he had the servants whittle a long and narrow table and he dubbed it the King’s table.  King Arthur started a trend that many still debate in the modern event designing industry!

Okay you caught us, we are terrible liars!  It was a nice story though!  Legend has it that King Arthur really did have a round table that is still infamous to this day and that, DW fans, is the truth!  We will use any excuse to watch the 1995 flick First Knight for “research”; just think young Richard Gere in armor- you’re welcome!  But we digress……

On a serious note DW fans, choosing King’s or Round tables for your event can prove rather stressful; it determines the layout of your event, the linens, the centerpieces, how your guests will interact, and much, MUCH more!  Check out a couple of teasers from  DW Designed King’s and Round tables.  Keep an eye out for part two of our DW blog which will have many more examples of DesignWorks’ King’s and Round designs! 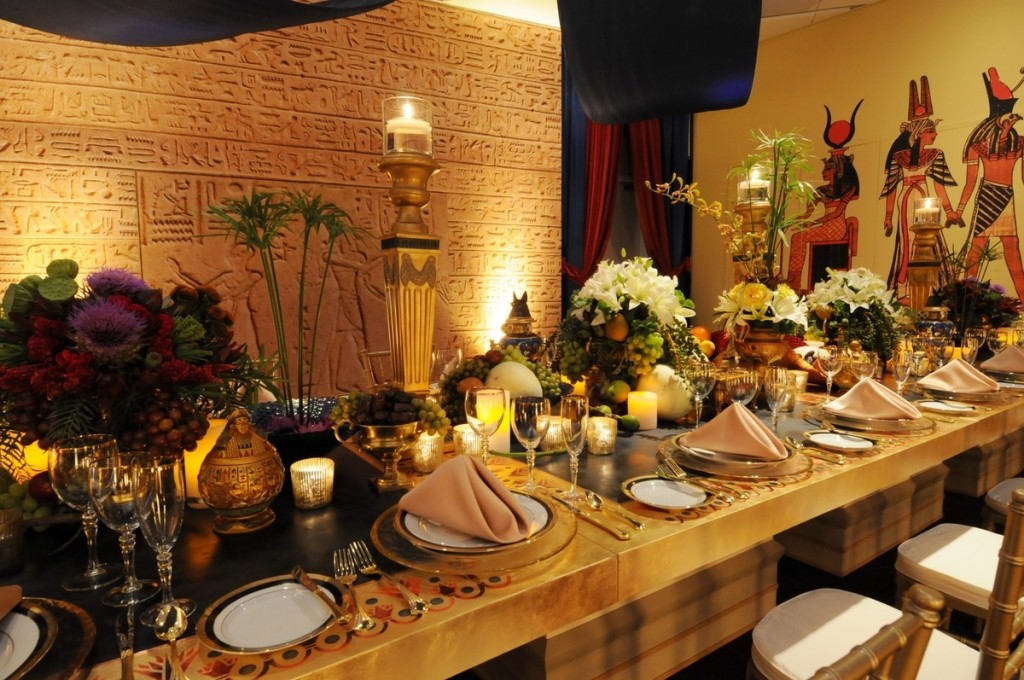 This King’s table is fit for a king, or an Egyptian Pharaoh in this case.  The DW design features a gold palette, soft candlelight, rich florals, and an all-around royal ambiance.

Dying for more?  Keep an eye out for Part Two: Debunking Myths of the King’s vs. Rounds Controversy coming soon to a computer near you (see what we did there?)!